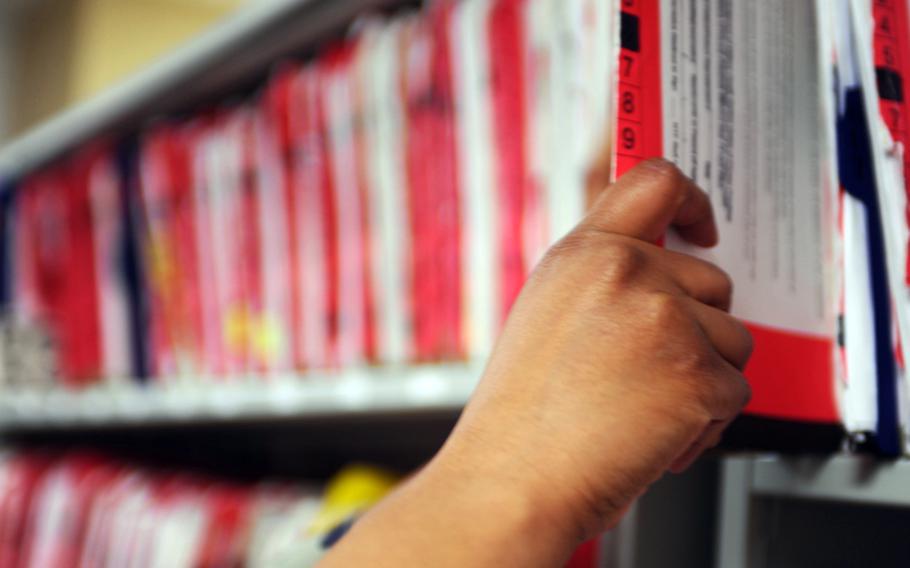 The Department of Veterans Affairs has postponed the rollout of its new $16 billion electronic health record system in Ohio due to significant staff shortages caused by the coronavirus pandemic, the agency announced Friday, Jan. 14, 2022. The electronic health record was scheduled to launch. March 5 at the VA Central Ohio Health Care System in Columbus, but VA leaders pushed rolling out the program until April 30 (Casey Zickmond/USAF)

On Friday, the Department of Veterans Affairs announced that it is delaying the rollout of its new $16 billion electronic health record system in Ohio due to significant staffing shortages due to the coronavirus pandemic.

The electronic health record was scheduled to launch March 5 at the Virginia Central Ohio Healthcare Center in Columbus, but VA leaders pushed its rollout until April 30. The agency said a “significant number of the workforce,” about 209 people, is unable to work due to positive cases of the coronavirus. The Department of Veterans Affairs said that number doubled in the past week.

The department trains employees on how to use the system prior to launch. The agency said that moving forward with training during an increase in coronavirus cases would have a negative impact on medical care.

“Given the rise in the pandemic in the Columbus community, we need to support medical professionals as they focus their attention on meeting the healthcare needs of their patients,” said Terry Aderim, who directs the electronic health records effort at the Department of Veterans Affairs. “Electronic health record dissemination activities must be balanced against community health and can be resumed when appropriate.”

The Department of Veterans Affairs said the number of coronavirus cases in Franklin County, Ohio, rose 153% over the past two weeks. The rise in cases among VA employees in Columbus is “one of the largest changes in this state of all VA medical facilities nationwide,” according to the department.

In 2017, the Department of Veterans Affairs began reforming its electronic health record system. Awarded a contract to Cerner Corp. , a technology company in Kansas City, Missouri. The new system is supposed to be able to seamlessly share patient data with the Department of Defense, which could limit problems when a service member moves out of the military.

Columbus was expected to be the second VA site to move to the new system. It first launched at Mann-Grandstaff VA Medical Center in Spokane, Washington, in 2020, but employees there complained that they didn’t recognize the system until the day it was launched and didn’t know how to use it.

Shortly after taking over as VA Secretary in February 2021, Dennis McDonough halted the project and ordered a 12-week internal review. The review revealed problems with patient safety, increasing costs, lack of productivity and ineffective training of the new system for health care providers, among others.

McDonough pledged to correct the problems before they were published in Columbus. In a report released in November, the VA outlined lessons learned from the Spokane rollout. It listed 11 facilities where the electronic health record is supposed to start in 2022.

The administration planned to deploy the system to a third location in Walla Walla, Washington, just weeks after Columbus’ launch. However, the agency is reviewing coronavirus cases there before moving forward.

Nikki Wintling has worked at Stars and Stripes since 2016. She reports for Congress, the White House, the Department of Veterans Affairs, and across the country on issues affecting veterans, service members, and their families. Wintling, a graduate of the University of Kansas, has previously worked for the Lawrence Journal-World and the Arkansas Democrat-Gazette. The National Coalition of Homeless Veterans awarded the Stars and Stripes Meritorious Service Award in 2020 for the Wentling Report on Homeless Veterans During the Coronavirus Pandemic. In 2018, she was named by the nonprofit HillVets as one of the 100 Most Influential People on Veterans Policymaking.

Only 99 cents a week!
Participate

No comments to show.